Big yellow mouth speckled trout are being caught near the barrier islands in the four-bayou pass area. Sunday morning, I picked my customers up from the log cabins and headed south towards the beach. We had a pretty good stiff wind out of the southwest at about ten to twelve miles per hour. The water clarity was pretty good as we got closer the gulf. By the time we arrived at the first spot the water had cleaned up pretty good. We caught a few nice size trout but the bite was not like I wanted it to be. We picked up and stuck a few other locations with not a great deal of luck. I decided to move over to the west a little bit and try some oyster reefs we haven’t been having much luck at and “Bam” that is where they were stacked up. I had three fellows on the boat and one of them had never fished salt water before in his life. Well it didn’t take him long to get in the game. Once he saw what we were doing he fell right in place and started pulling them big yellow mouth speckled trout over the side of the boat. For the last two weeks, we haven’t been having much luck at most of the shallow oyster reefs near the barrier islands. I think it is because of the water temperature heating up. The trout do not like water temp that gets over ninety degrease. Maybe because of the week we had last week with overcast days and lots of rain, it might have cooled the water down a little bit. I know one thing for sure and that is we have not been catching any trout on these oyster reefs and Sunday we were pulling them over the side of the boat as fast as the cork hit the water. We were fishing with live shrimp three feet under a popping cork. One of the fellows on the boat tried using a soft plastic on a cast and retrieve and he did not have any luck at all. So, he immediately changed back over to using live shrimp under a popping cork. I want to take a minuet here and give you something to think about regarding fishing speckled trout during the hottest part of the summer. I was mentoring the water temperature as the month of July under folded and as the temperature got closer and closer to ninety degrees the less our speckled trout catches were. When the water temperature finally reached ninety degrees, our numbers dropped off to hardly zero. The last two weeks in July my fishing trips were not very good at all. Then we had a week of overcast days and lots of rain. The water temperature dropped about three degrees and the trout showed back up on the oyster reefs. Now the question is, was that a coincidence or was it a determining factor in the fish showing back up right where we were catching all summer. I can tell you that I will continue to monitor this activity and can report out on this theory later. I remember reading an article sometime back about the speckled trout do not like water temperatures in access of eighty-seven degrees. It sure makes perfect sense to me as to why they left the reefs and then suddenly showed back up.

Anyhow getting back to the fishing trip and the wonderful day we had on the water. The fellows could not stop telling me how much fun they had catching those big mac daddy speckled trout. One of the guys kept saying get the net as he was bringing those big yellow mouth specks to the boat. We took a bunch of photos of the catch and sat around and told stories about how the fishing trip went. I had many charters this year and I must say that this trip by far was the best in terms of size of trout. When we got back to the camp again the guys were nice enough to help me clean the fish. After washing all the flays and bagging them up in zip lock bags, we ice them down in their ice chest for the ride home. They were texting their friends and blowing up Facebook with photos of the catch. Sometimes I believe folks enjoy telling their friends and family about a good day on the water just as much as the fishing trip itself. You hear me talk about building memories all the time, well part of building memories is all the stories you must tell your friends when the fishing trip is over and you get back to work on Monday morning. Talking about your experience when you get back to your life is truly what it is all about. There is a lot of power in talking about the good times you have in life. It certainly plants a seed in other people when you tell them the fantastic time you had while on the water. It somehow makes other folks that are listening think about what it must have been like catching all those speckled trout and go home and gas up their boat for the next weekend. They very well may go out the following weekend and do just as good as their friend did the weekend before. On the other hand, they may go out and not do anywhere as good, but one thing is certain and that is if you don’t go, you don’t know. I tell people all the time, you must get out on the water and learn to enjoy being out their weather you are catching fish or not. Once you get to a point when you find yourself having an enjoyable time simply being out on the water fishing, you will soon see what I am talking about when I say, that is when you will see yourself enjoying fishing more than you ever have before. 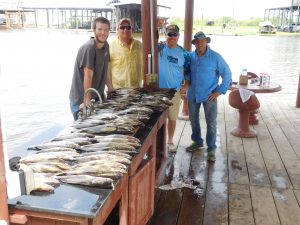 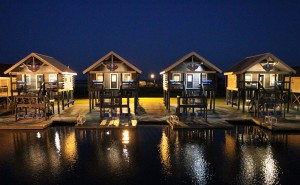